HH Sri Swamiji Performed Sri Chakra Puja. HH Sri Swamiji offered Arati to the  Dattatreya (Datta Digambara avatar) and Anagha Devi idols.
In His address HH Sri Swamiji has appealed devotees not to lose time over trivial matters or junk entertainment (Television soap serials) or unwanted news. Every one should have holistic approach in life and must practice meditation for at least five minutes a day, He averred. He also suggested to Matru Mandali members to conduct Bhajan training sessions and music competition for Children.

“In the Tripura Rahasya Dattatreya is described as an intoxicated libertine. He sometimes takes the form of a drunkard or of a filthy beggar with dogs. This is a device he uses to keep worthless and unqualified persons desirous of worldly wealth, away from Himself and to shield His divine personality which He reveals only to the deserving ones.” 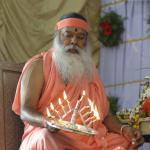 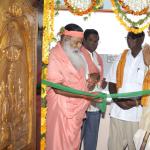 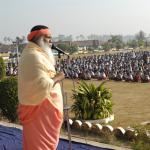 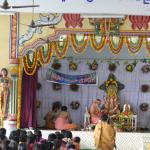 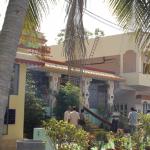